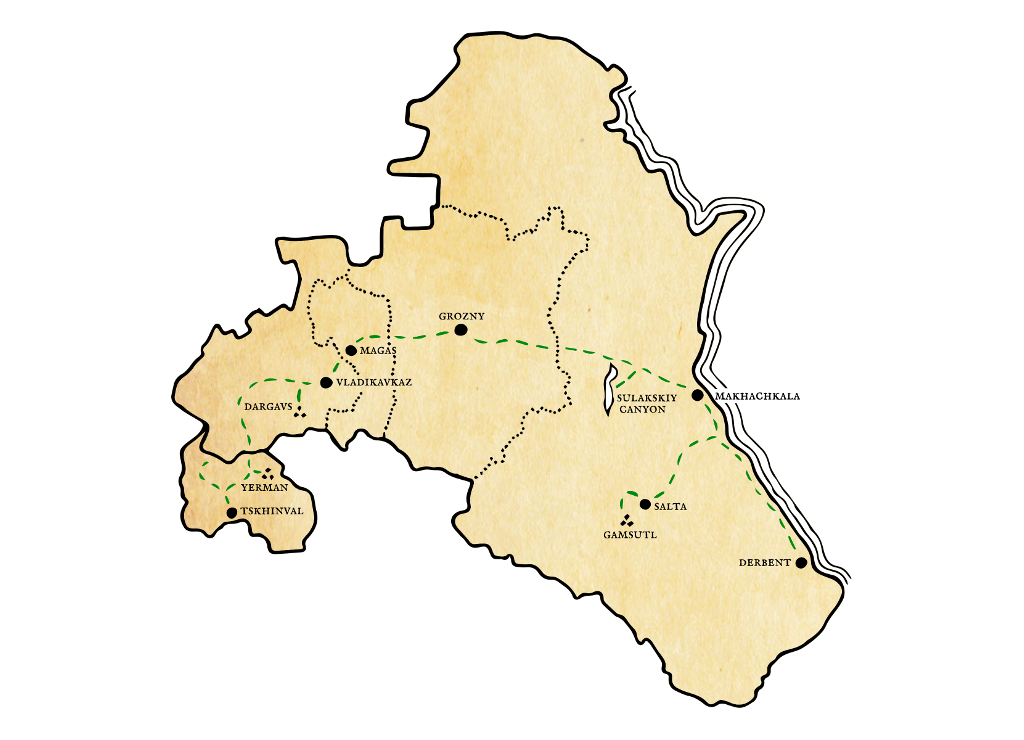 To South Ossetia, an isolated part of the Caucasus that for almost 30 years now persists it’s an independent country! Not everybody agrees, though. In fact, no more than five countries worldwide recognise the sovereignty of what Georgia calls a separatist region. Just like North Korea, Turkmenistan and Bhutan, the state provides you with a personal guide – if you manage to get your name on the guest list, that is.

Apart from South Ossetia, we travel through four Northern Caucasus republics: Dagestan, Chechnya, Ingushetia and North Ossetia. Their bad reputation will no doubt preserve the Russian part of the Caucasus from overtourism in the foreseeable future. Lonely Planet allocates exactly half a page to all republics together – even though in recent years, they invariably top the list of safest regions in Russia.

Guests are sacred to Ossetians, but they hardly get them over here. A mere 30 to 50 foreigners visit the unrecognised country each year. ATMs are absent and capital Tskhinval boasts a whopping two mini-hotels and one decent restaurant. Still, South Ossetia is the place to be for crumbling defense towers, gorgeous nature and welcoming encounters.

Dagestan is a land of green mountains, waterfalls and deep canyons. On the shores of the Caspian Sea lies the oldest city in Russia and high up in the Caucasus you’ll find the ruins of abandoned ghost towns. In Chechnya, Grozny has risen from chaos and debris like a mini-Dubai and in Ingushetia, the highest ethnographic museum in the world awaits. Lastly, Dargavs’ city of the dead in North Ossetia is one of the most macabre places one can imagine. Adventurous travelers will have a field day exploring these uncharted parts of Russia.

A certain level of fitness is needed for this trip. Price subject to change.

Curious about this tour? Complete the contact form to get more information about Unrecognised Stops (IV) (in Dutch). If you’d rather chat in English, give us a call at +31 6 81 83 20 58. 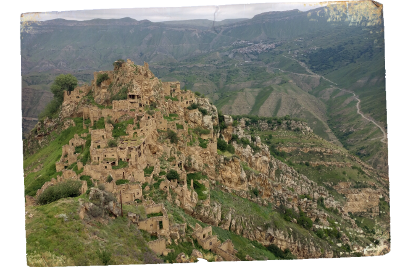 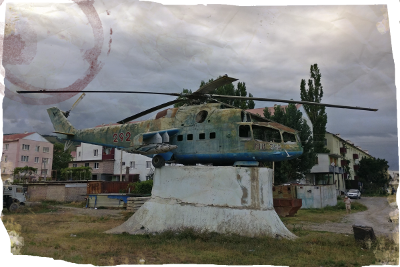 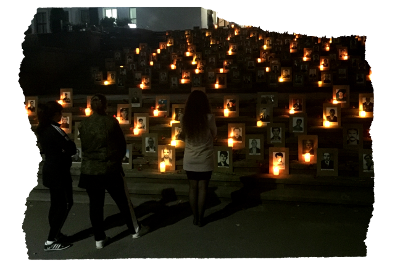 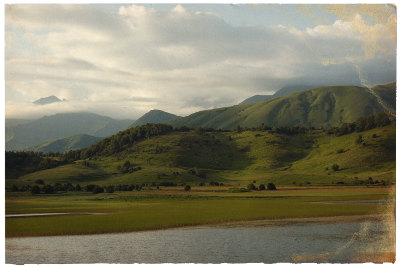